By the end of this chapter, you should be able to

Your audience expects you to follow certain rules, customs, and formats. Violations of these things—whether intentional or unintentional—can have a negative impact on the way your communication is received.

Colloquial, casual, and formal writing are three common styles that carry their own particular sets of expectations. Which style you use will depend on your audience and often whether your communication is going to be read only by those in your company (internal communications) or by those outside the organization, such as vendors, customers or clients (external communications). As a general rule, external communications tend to be more formal. For example, corporate letterhead and business cards—designed for presentation to the “outside world”—are more formal than the e-mail and text messages that are used for everyday writing within the organization. However, there are times when you may want to violate expectations to appeal to your audience or to align with the situation. When RBC faced employee and customer anger over outsourcing in 2013, Gord Nixon wrote An Open Letter to Canadians using contractions and less formal sentence structures. This use of casual language humanized a bank accused of putting profits over people.

Style also depends on the purpose of the document and its audience. If you are creating Web page content, clear and concise use of the written word is essential. If you are writing a feature interest article for an online magazine, you may have the luxury of additional space and word count combined with graphics, pictures, embedded video or audio clips, and links to related topics. If you are sending a cover letter to a potential employer on a printed page delivered in an envelope, you won’t have face-to-face interactivity, placing an additional burden on your writing to represent you as a business professional.

Colloquial language is an informal, conversational style of writing. It differs from standard business English in that it often makes use of colorful expressions, slang, and regional phrases. As a result, it can be difficult to understand for an English learner or a person from a different region of the country.

Sometimes colloquialisms take the form of a word difference; for example, the difference between a “Coke,” a “tonic,” a “pop”, and a “soda” primarily depends on where you live. Immigrants to Canada quickly learn that they will use one and two-dollar coins,  “loonies” and “toonies”, when they grab a coffee at “Timmies”. Colloquial sayings like “Whatta y’at?” (What are you doing?) and “Stay the blazes home” have regional meaning and significance.

Colloquial language is often used in texting: “ok i did my part n put it in the ppt where you asked but tbh i worry about the rest of the group cuz i need a good mark rn.” We may be able to grasp the meaning of the message, and understand some of the abbreviations and codes, but when it comes to business, this style of colloquial text writing is generally suitable only for one-on-one internal communications between coworkers who know each other well (and who do not judge each other on spelling or grammar). For external communications, and even for group communications within the organization, it is not normally suitable; some of the codes are not standard and may be unfamiliar to the larger audience.

Businesses can, however, use colloquialisms strategically. For example, KFC effectively used the colloquial slogan “finger lickin’ good” (meaning delicious or tasty) for 64 years in the US market– but not without problems. The company’s 1987 launch in China included the “finger’ lickin’ good” colloquial slogan, but the slogan unfortunately translated into “eat your fingers off” (Cozens, 2003). The company abandoned the expression in 2020 when the colloquial metaphor was deemed inappropriate during the COVID-19 pandemic (Valinsky, 2020). 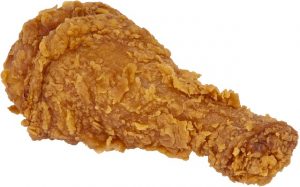 Colloquial writing may be permissible, and even preferable, in some business contexts. Popeyes Chicken in the United States used colloquial language effectively in what became known in 2019 as the “chicken sandwich wars”. Popeyes Chicken and Chick-fil-A were engaged in a twitter battle over chicken sandwich supremacy. In response to a tweet from Chick-fil-A, New Orleans-based Popeyes Chicken posted a message to followers using colloquial language common in the Southern United States: “…y’all good?”. This simple colloquialism achieved more than a more formal statement could have. The saying was so effective in mobilizing Popeyes fans that the company ran out of product, ending– temporarily–the chicken sandwich wars.

The feeling your colloquial language generates is ultimately what your audience will remember. A poorly chosen colloquialism can alienate an audience while a well-chosen one can strengthen your connection.

Remember: Colloquial style is not an excuse for using expressions that are sexist, racist, profane, or otherwise offensive.

Casual language involves everyday words and expressions in a familiar group context, such as conversations with family or close friends. In this setting, the emphasis is on the communication interaction itself, and less about the hierarchy, power, control, or social rank of the individuals communicating. When you are at home, you probably dress in casual clothing that you wouldn’t wear in public. Casual communication is the written equivalent of this kind of casual attire. You probably speak to your friends differently from the way you speak to your professor or work supervisor. Similarly, adjusting your level of formality in writing is important for meeting your audience’s expectations.

In business writing, an appropriate style will have a degree of formality. Formal language is communication that focuses on professional expression with attention to roles, protocol, and appearance. It is characterized by its vocabulary and syntax (the grammatical arrangement of words in a sentence). That is, writers using a formal style tend to use a more sophisticated vocabulary—a greater variety of words, and more words with multiple syllables—not for the purpose of throwing big words around, but to enhance the formal mood of the document. They also tend to use more complex syntax, resulting in sentences that are longer and contain more subordinate clauses. Formal language avoids contractions (using will not rather than won’t) and colloquialisms.

The appropriate style for a particular business document may be very formal, or less so. If your supervisor writes you an e-mail and you reply, the exchange may be informal in that it is fluid and relaxed, without much forethought or fanfare, but it will still reflect the formality of the business environment. Chances are you will be careful to use an informative subject line, a salutation (“Hi [supervisor’s name]” is typical in e-mails), a word of thanks for whatever information or suggestion they provided you, and an indication that you stand ready to help further if need be. You will probably also check your grammar and spelling before you click “send.”

A formal document such as a proposal or an annual report will involve a great deal of planning and preparation, and its style may not be fluid or relaxed. Instead, it may use distinct language to emphasize the prestige and professionalism of your company. Let’s say you are going to write a marketing letter that will be printed on company letterhead and mailed to one hundred sales prospects. Naturally you want to represent your company in a positive light. In a letter of this nature you might write a sentence such as “The Widget 300 is our premium offering in the line; we have designed it for ease of movement and efficiency of use, with your success foremost in our mind.” But in a tweet, you might use an informal sentence instead, reading “W300—wicked good stapler.”

Writing for business often involves choosing the appropriate level of formality for the company, industry, the particular document and situation, and the audience.

4.1 Style in Written Communication by [Author removed at request of original publisher] and Linda Macdonald is licensed under a Creative Commons Attribution-NonCommercial-ShareAlike 4.0 International License, except where otherwise noted.