We can also categorize sources by publication format. That’s because of the difference in time and effort sources in each format require for their production. 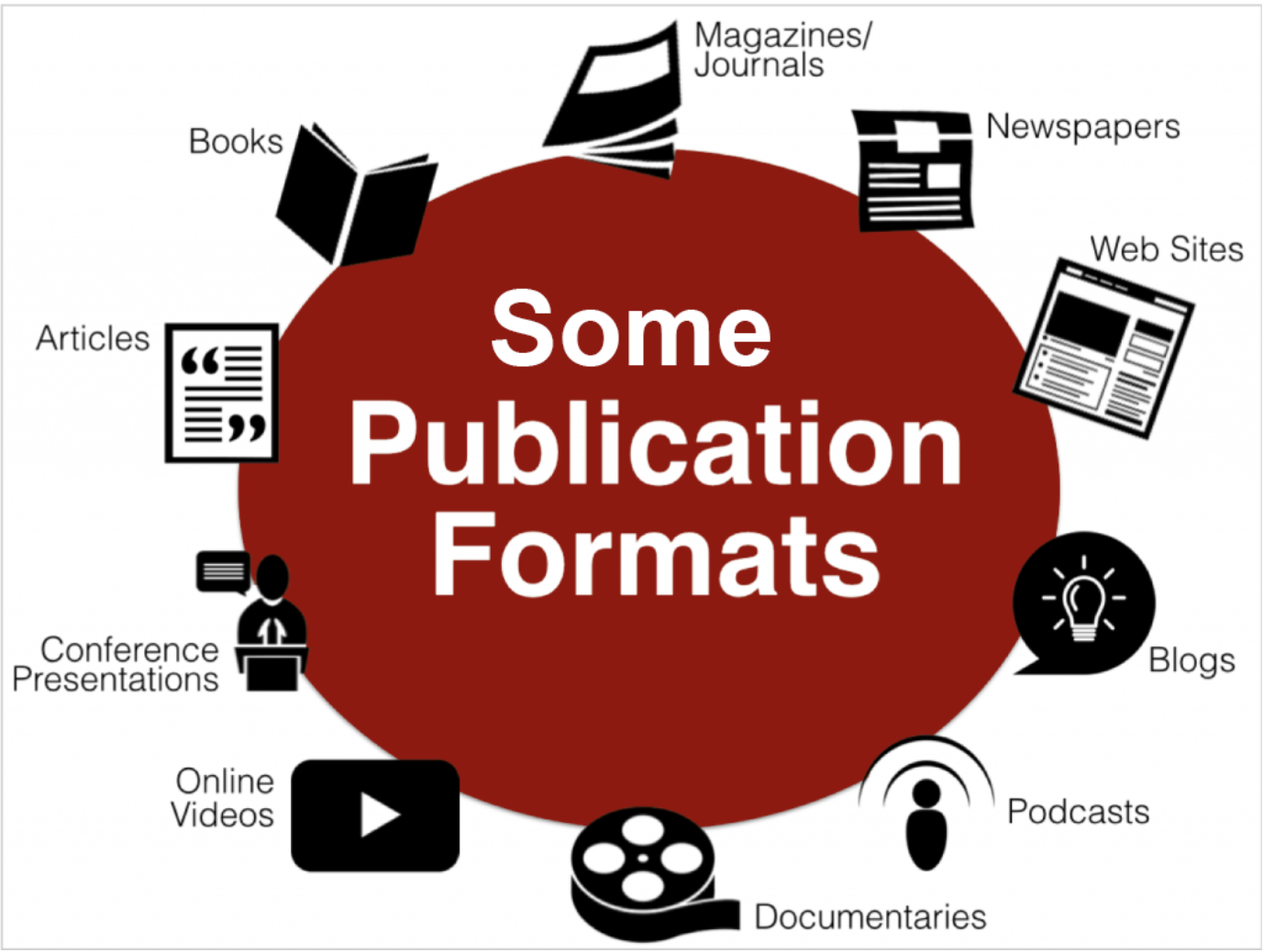 Sources in particular formats simply cannot exist until there has been enough time for people to create them. The result is that the sources that are created toward the end of the information lifecycle may come to very different conclusions about the event than did those sources created early on.

Sometimes the information presented in the later formats is more valid and reliable than what is in those produced earlier.

A very good example is that conclusions about the Columbine High School shooting in 1999 and the causes of that tragedy reached by books—which took years to complete after the event—were likely to be very different than the conclusions reached by news coverage created early on. For instance, many early reports concluded that the two teens responsible for the shooting had been shunned by their classmates and that it was the pain of their exclusion that had moved them to take revenge. But more time-consuming reportage concluded that the boys were not shunned (one had had a date for prom activities just days before) and that it was mental illness that led to their tragic actions.

This video explains what kinds of information sources about an event can exist at any point in time during and after that event.

A Closer Look at Common Formats

Books – Usually a substantial amount of information, published at one time and requiring great effort on the part of the author and a publisher.

Newspapers – Each is usually a daily publication of events of social, political and lifestyle interest.

Articles – Distinct, short, written pieces that might contain photos and are generally timely. Timeliness can mean that it’s something that is of interest to readers at the point of publication or that is something the writer is thinking about or researching at a given point of time.

Conference Papers – Written form of papers delivered at a professional or research-related conference. Authors are generally practicing professionals or scholars in the field.

Blogs – Frequently updated websites that do not necessarily require extensive technical skills and can be published by virtually anyone for no cost to themselves other than the time they devote to content creation. Usually marked by postings that indicate the date when each was written.

Documentaries – Works, such as a film or television program, presenting political, social, or historical subject matter in a factual and informative manner and often consisting of actual news films or interviews accompanied by narration.

Online Videos – Short videos produced by anybody, with a lot of money or a little money, about anything for the world to see. Common sites for these are YouTube and Vimeo.

Podcasts – Digital audio files, produced by anyone and about anything, that are available for downloading, often by subscription.

Activity: Best Format for Your Need

Open activity in a web browser.