This lesson plan is based around vocabulary-building in a single topic area (such as animals or clothing), using “activity songs” (nursery and pre-school songs which encourage actions and repetition) to reinforce vocabulary pronunciation and common phrase structures.

Beginner to intermediate level — this lesson can be suitable for complete or nearly-complete beginners but can also be pitched to hold the attention of intermediate learners.

This lesson can be used for many topic areas but is designed here to teach about animals or clothing.

This lesson plan structure works very well with clothing, using doll clothes as the props. Clothes lend themselves especially well to sorting things by colour and by type, as well as describing what people are wearing (either the students, or pictures of people).

If you are teaching online, this is also something that works very well on Zoom, as students are forced to name each item rather than just sorting them manually!

Song ideas for the clothes topic include:

The main “activity song” for the clothes topic that I use is “Tha brogan orm a-nis.” It has the tune of “Farmer in the dell”. Here is a recording of it.

You should continue adding to the third line with each verse, letting different students suggest the next item of clothing. Keep going until no one can remember all the clothes in order anymore!

A common issue that occurs is students not differentiating “Tha i ruadh” and “Tha falt ruadh oirre” structures, and producing something like “Tha i falt ruadh oirre.” This is something that usually needs to be addressed after the lesson as students usually won’t be aware enough of the issue to ask about it.

If you have students who speak different varieties of English, be ready for them to constantly debate what the thing should be called. Firmly and insistently remind them that we are in Gaelic class and we are speaking Gaelic and that you very much do not care what they call it in English. You may teach and use the phrases “an aon rud” (“the same thing”) and “coma leat” (“don’t worry”).

I don’t know if this is a commonly-known song. It has the tune of “Heel and toe polka” or “Little brown jug”, and each verse is structured as so:

Each verse introduces a new animal at the end, which is the featured animal of the next verse. Learners can take turns picking the next animal, by calling out the name or by holding up the relevant animal figure. Several recordings of this song are listed in the lesson plan table above.

You may also discuss the differences between animal noises in Gaelic and in English, or between different locations. These are the animal sounds I use in Australia, but different areas of Nova Scotia might have different sounds. Here is a video of me pronouncing the sounds. 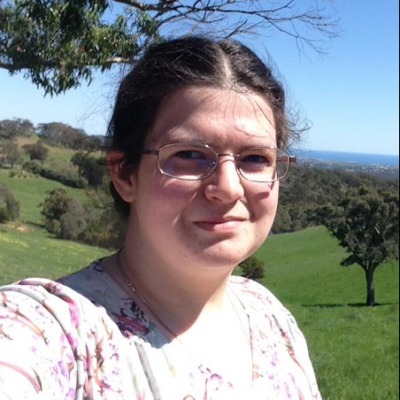 Raghnaid NicGaraidh is born and raised in South Australia, with roots in Scotland through her father. She grew up around Gaelic-speakers in Adelaide and has been intentionally speaking the language since she was a teenager. While studying for a degree in linguistics and ethnomusicology in Melbourne, she was the conductor and music director of Coisir Ghàidhlig Bhioctòiria (the Scottish Gaelic Choir of Victoria) from 2017-2020, and she has been teaching Gaelic language classes since 2016.